Our house has been pretty on the inside for quite some time now. The exterior has been a whole different story though. The previous owner’s wife was apparently a big fan of blue, hence the blue carpet throughout the house when we bought it and the lovely blue trim and shutters on the outside of the house. I’m sure our paint color scheme was all the rage back in the 70’s, but it has been tough for me to look at for the past year. I have been deliberating over colors for the past couple of months which was the only thing holding up the exterior paint project. It was fairly tough to pick colors as we don’t have many paintable surfaces of the front and sides of our house since it is mostly limestone. With that being said, we needed to find colors that blended well with the stone but didn’t stand out too much. We knew we wanted the siding surfaces to be gray but originally picked out gray samples that were WAY too dark. After purchasing $60.00 worth of samples and painting random colors all over our house, we were finally able to make some decisions.  Look at all these samples… 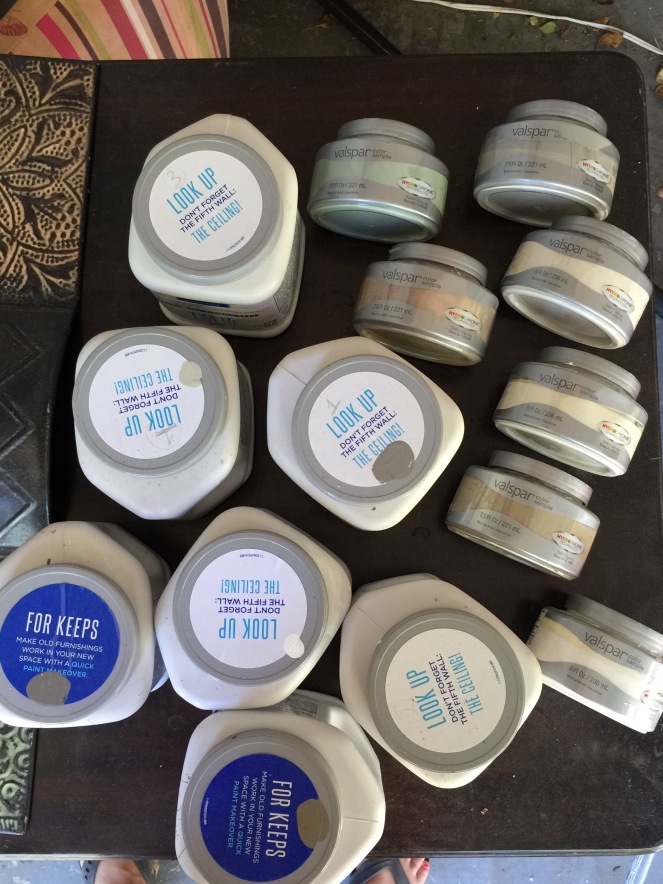 Though purchasing samples sucks, it was well worth the money and time it took to paint them on the house. If we would have gone with what we originally thought we would have made some big mistakes. We ended up decided on 3 Sherwin Williams colors: Anew Gray for the siding, Pure White for the trim and Tricorn Black for the Shutters and French Door. 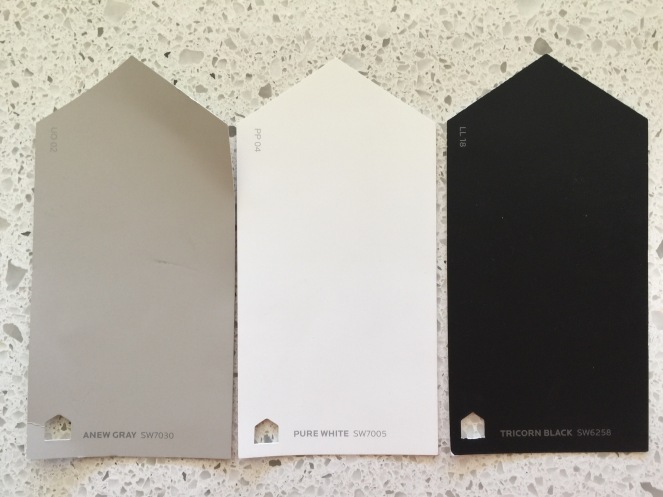 After purchasing at least 9 different shades of prospective grays, ironically we ended up deciding on a shade that is almost identical to our interior gray paint, Revere Pewter. We are obviously fans of light greige paint… 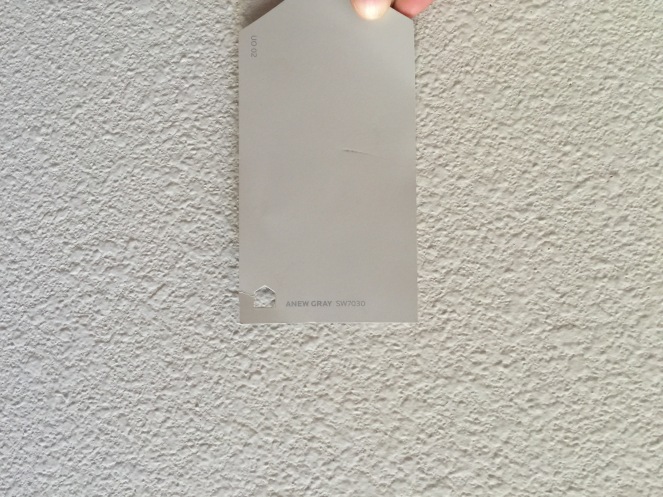 We originally planned to sub out the exterior paint job, but got a wild hair and decided to take on the project ourselves along with the help of my awesome mother in law. Trent, my 36 weeks pregnant self and MIL painted the entire house in two days! Here is photo proof that I had a hand in this job 😉. 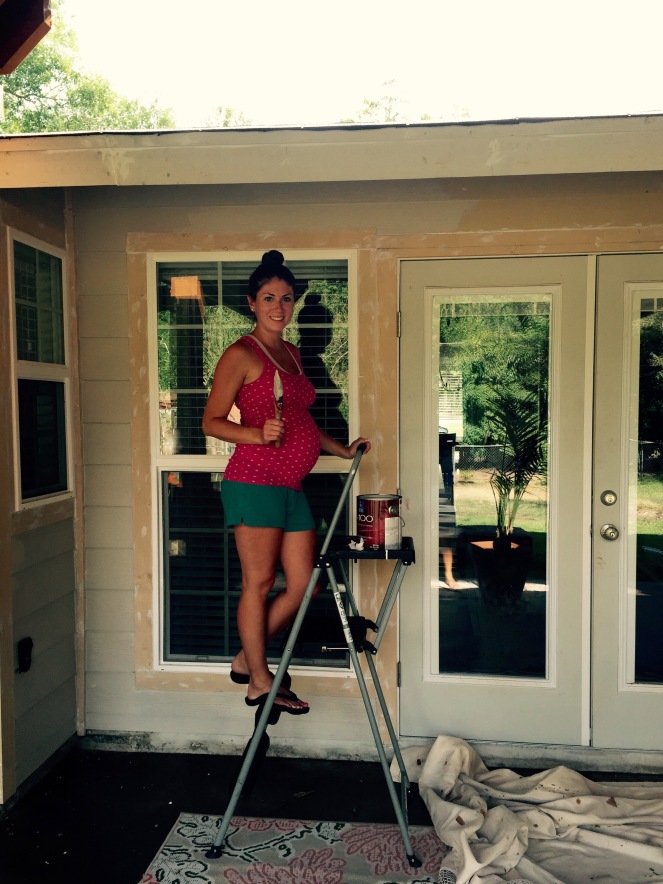 I nearly went into labor after two full days on my feet in the 100 degree heat, but the job is done and it looks mighty pretty! 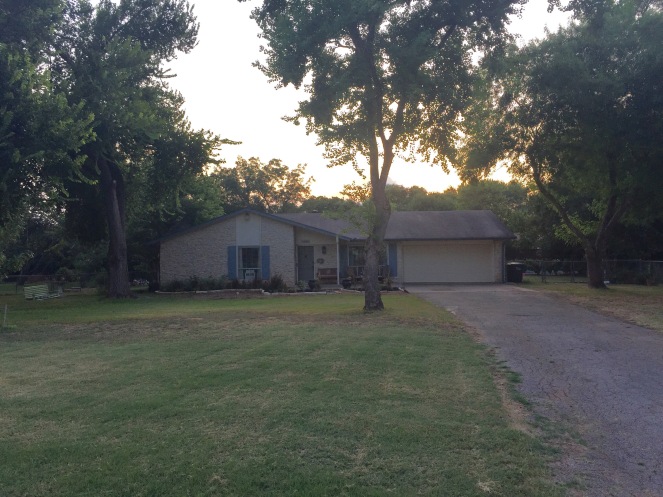 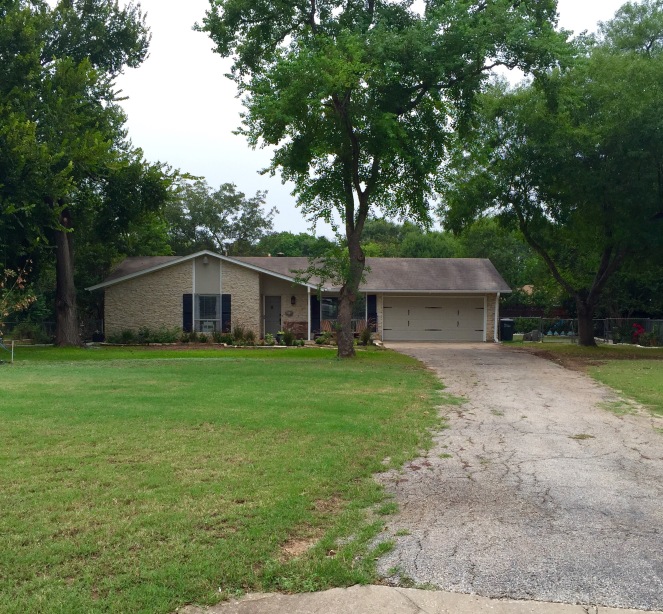 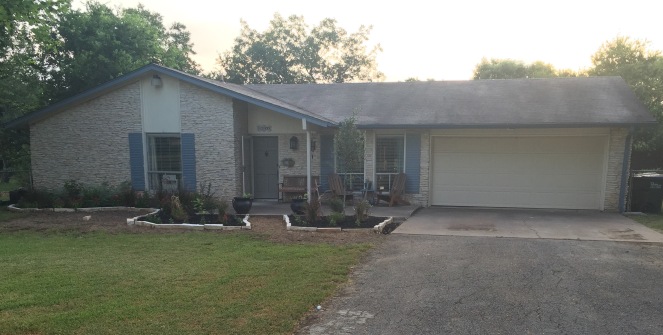 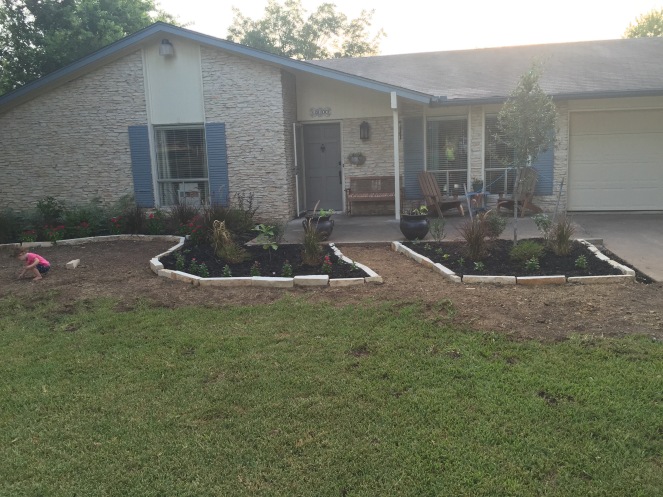 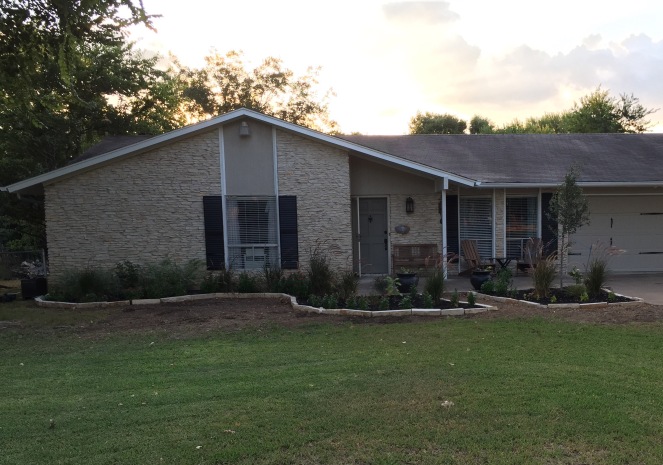 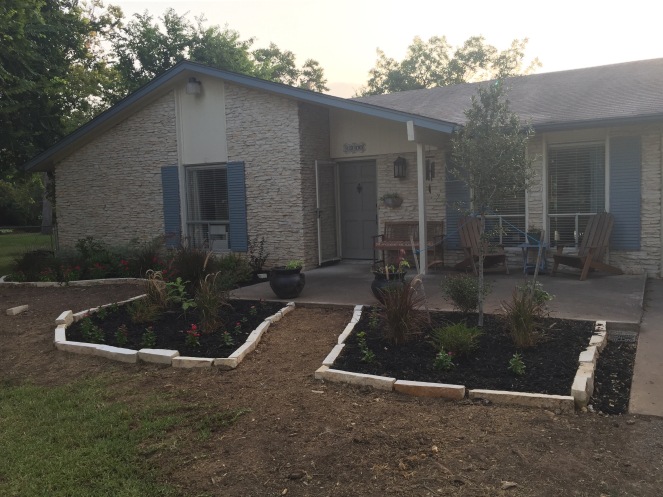 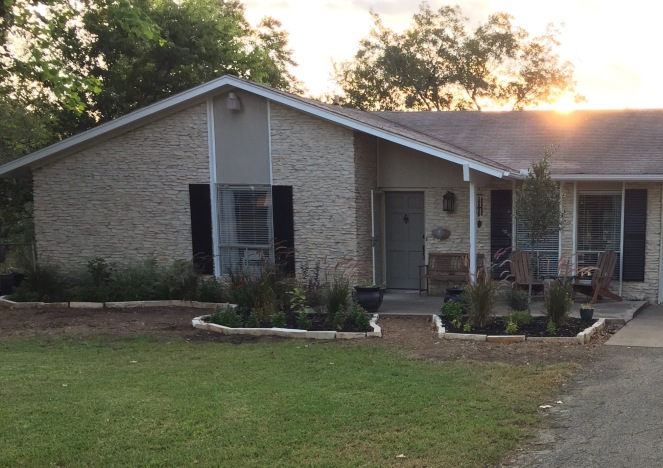 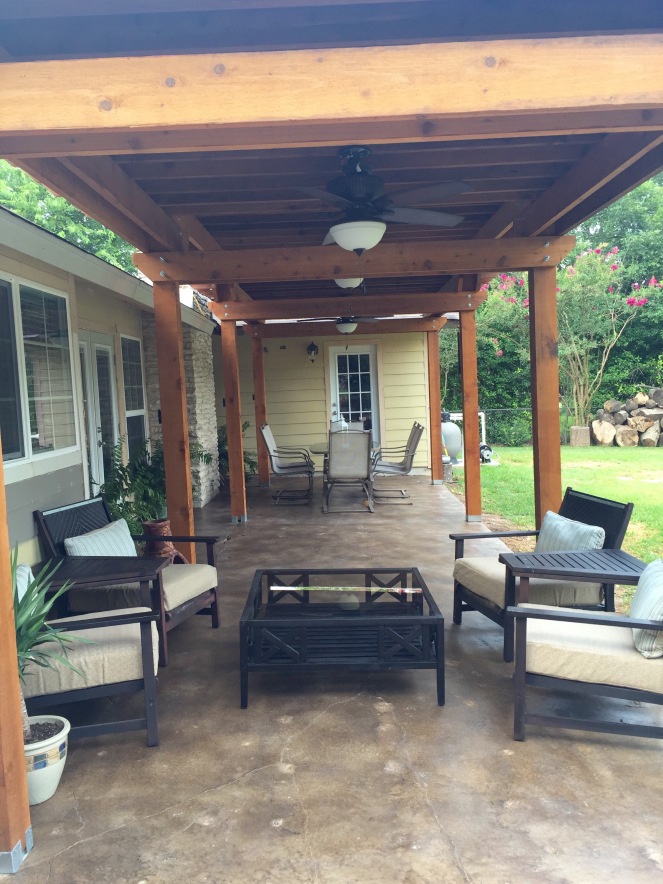 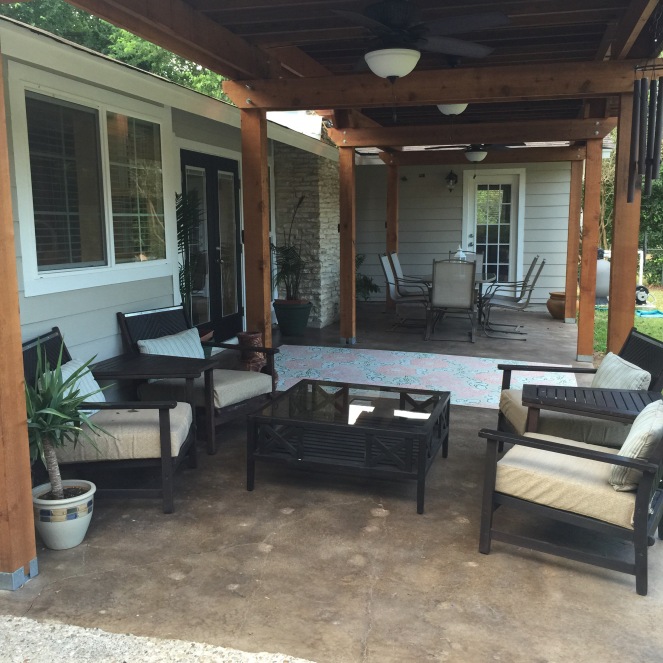 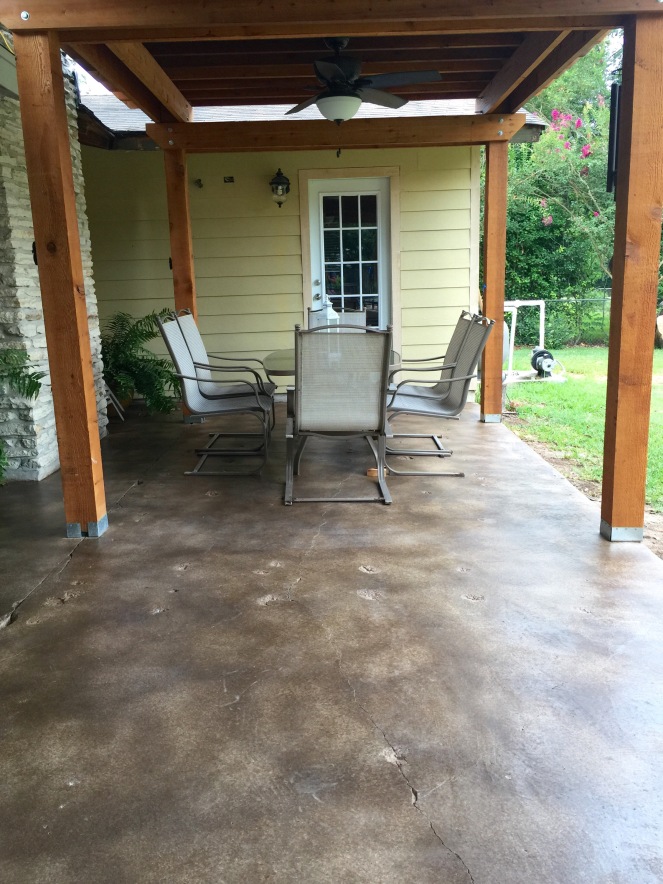 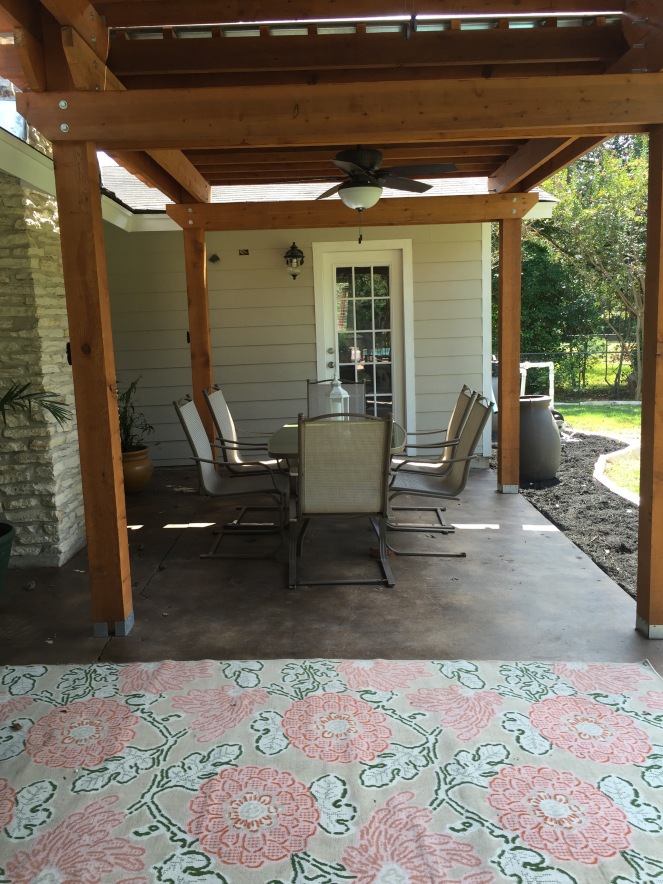 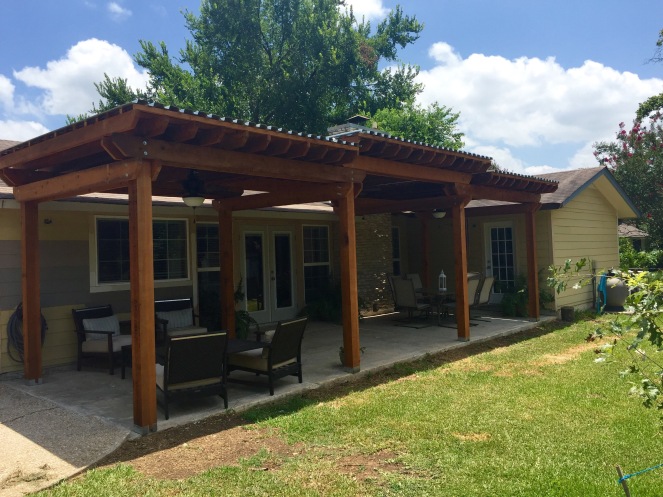 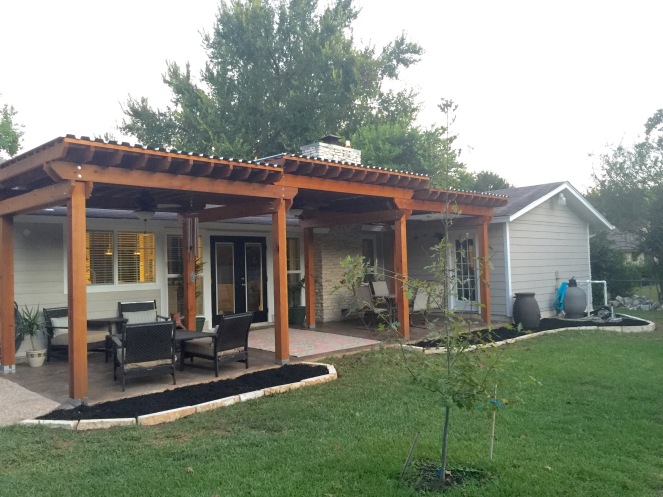 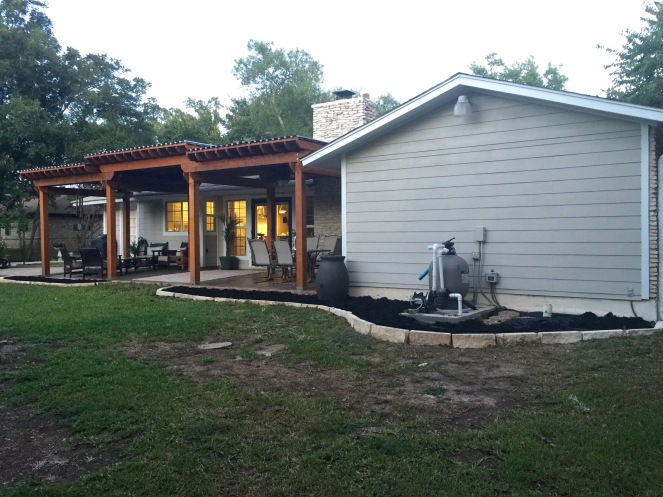 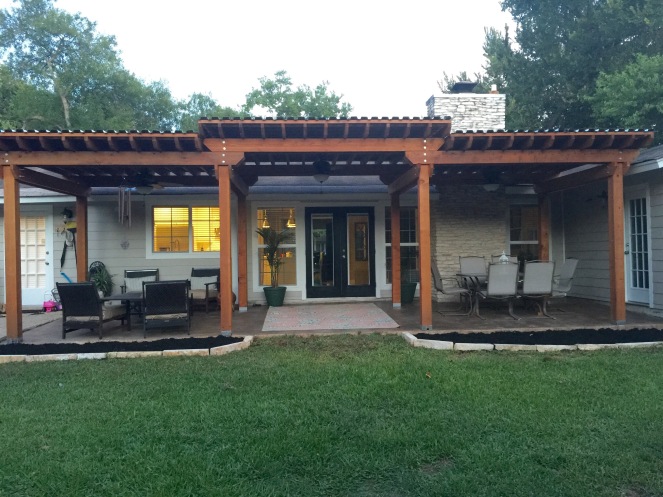 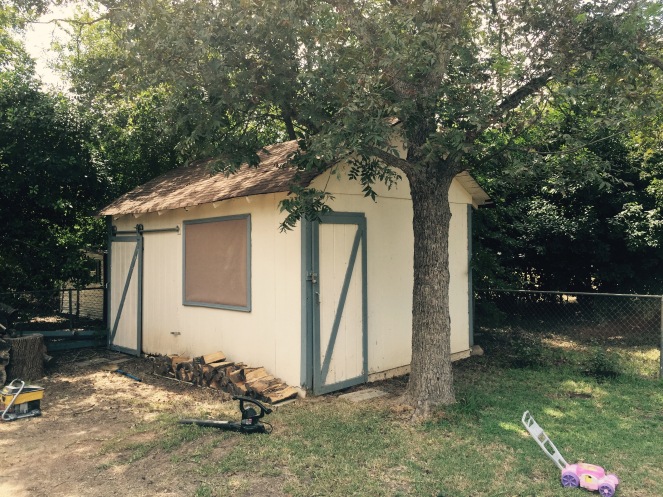 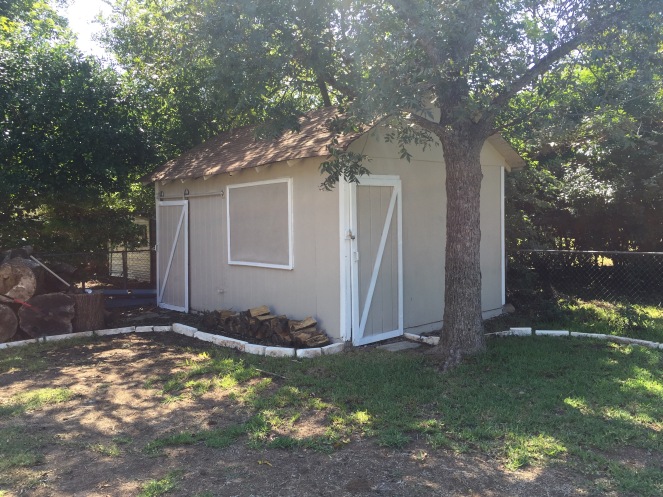 We are so relieved that this project is marked off the never-ending to-do list before the baby arrives (any day now 😁). As per usual, we complete one project and begin another one (or ten). As you can see in the after photos, Trent began laying limestone beds throughout the backyard. He still needs to dig out the dirt, set the stones and mortar them all in to place. We had enough limestone to line our entire back and side yards so he’s got his work cut out for him. It’s safe to say that I will sit that job out and leave the dirty, manual labor to him (and Conleigh😉). 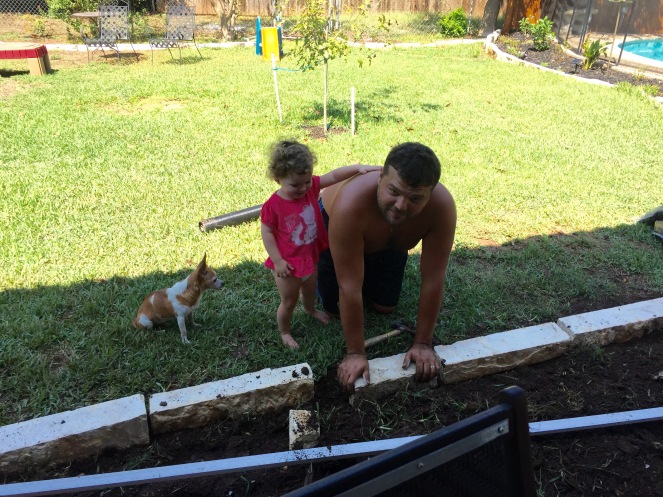 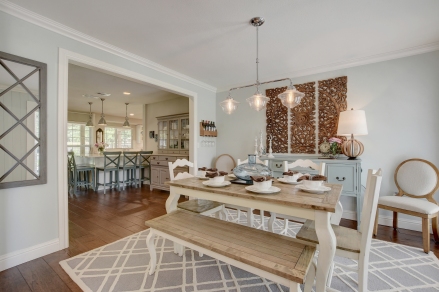 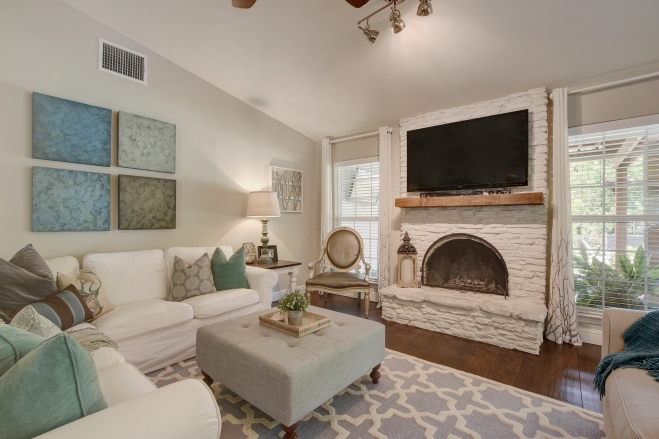